On October 15, Dr. Elias Polemis (Agricultural University of Athens) accompanied the hikers on the Apikia-Pithara waterfall-Katakalei-Vourkoti route, guiding them to the plant and mushroom world along the route. The occasion for the participation was the crossing of an area with alder clusters, a habitat for which the project implements conservation actions on the island.

On October 16, the festival’s day started with a visit to the Agadaki estate at Apikia, where Dr. Panagiotis Trigas (Agricultural University of Athens) guided the participants to the project’s Botanic Garden, as well as the project’s alder nursery, while the tower (traditional mansion) and the estate were presented by Mrs Eirini Dabasi of the Kaireios Library.

We followed the path number 2 marked by Andros Routes. The hike started from Apikia village and during its first part we visited the Pythara creek. There, under the alders, the hikers were informed about the alder trees, the habitat they form, the mushrooms endemic to it, the importance of the habitat at national and community level, and the efforts of the LIFE Andros Park project to promote, conserve and regenerate it. After ascending the cobbled path from Apikia to Katakalei village we went through the dense Mediterranean broadleaved forest of Apikia, where we showed the dominant tree species, namely downy oak (Quercus pubescens) and Cretan maple (Acer sempervirens). After a brief stop at Katakalei, where we were offered coffee, raki, apples of a local variety (“firikia”) and sweet, we continued on to Vourkoti village walking through the typical Mediterranean phryganic landscape. There we stood and talked about the dominant species of shrubs and plants related to apiculture, namely heaths (Erica manipuliflora), the savory of Crete (Satureja thymbra), but also typical phryganic species, such as the thorny burnet (Sarcopoterium spinosum) and rockroses (Cistus spp.). The route ended at Vourkoti and crossing the village’s stone bridge we had the opportunity to admire a well preserved mountainous cluster of alders. At Vourkoti we were offered lunch, and upon returning by bus we made a stop at Agia Irini Monastery, where three permanent exhibitions concerning Andros’ flora and rock formations, as well as traditional blacksmith’s tools, operate.

Thank you to the festival organizers, as well as the Municipality of Andros for the provision of the bus for the transportation of the participants to the Agadaki Estate. 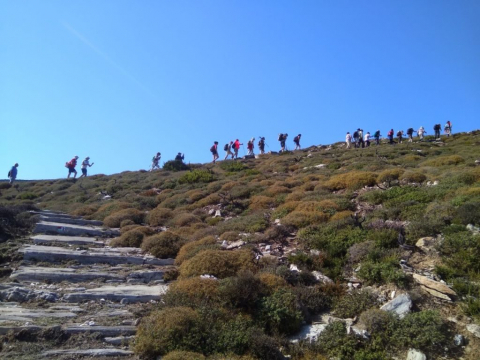 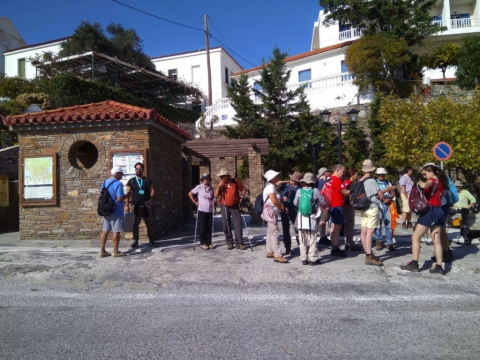 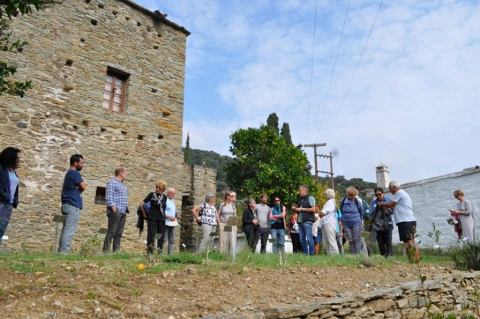 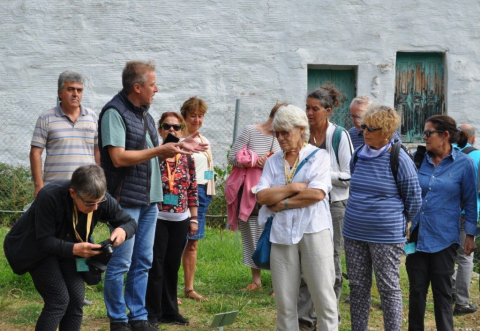 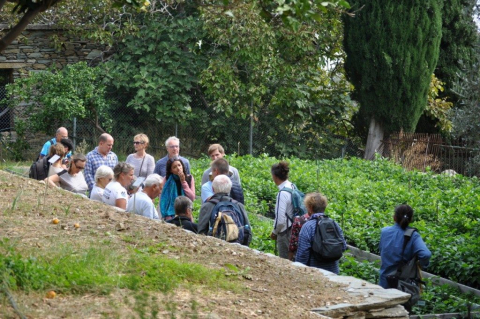 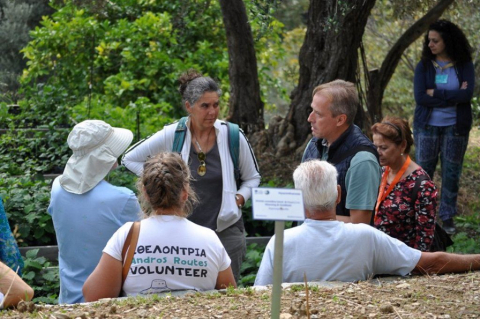 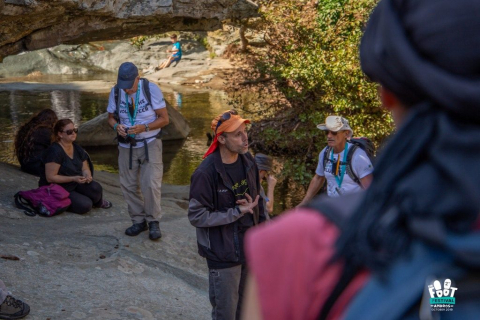 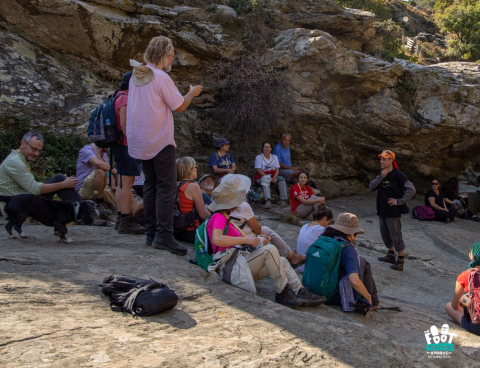