The participants of the mushroom tour, organized by the teams of LIFE Andros Park, the Andros Routes initiative and the Cultural Association of Arni at the area of Arni and Remata on Saturday 30th of November, equipped with baskets, searched for mushrooms and collected many and interesting mushroom specimens.

In total, 45 walkers participated, originating from all corners of the island, as well as visitors from Athens and Syros Island, who arrived exclusively for the excursion. The weather of the previous days favored the growth of mushrooms and lead to a rich “harvest”.

The participants were initially welcomed by a representative of Andros Routes initiative and presented shortly the area of Arni and the hike of the day that would follow at the marked routes. The project coordinator, Mr. George Zervakis (Professor of AUA), introduced to the participants the LIFE Andros Park project implemented on the island. The tour started with a short walk near Remata in an area with alder clusters, under the guidance of Dr. Elias Polemis (mycologist, AUA research associate). Mushrooms characteristic of Andros’ riparian forests were collected, while the importance of the symbiosis between alders and mushrooms was highlighted by Dr. Vassilis Daskalopoulos (fungiologist, AUA). Subsequently, a circular route was followed at Arni in forests dominated by oaks.

More than 30 mushroom species were identified, samples of which were carried to the Cultural Center of Arni. The participants were welcomed by the representative of the Municipality of Andros, Mr. Isidoros Nikolaou, and the chairman of the Arni Community, Mr. Petros Lembesis. Subsequently, Mr. Polemis referred to the findings of the tour presenting in detail the edible species, bringing up and commenting the dangers of collecting poisonous mushrooms. The event concluded with a discussion on the identification of mushrooms and their importance to biodiversity. All the above combined with the warm hospitality of the Cultural Association of Andros, made up a wonderful event on the island!

(Many thanks to our friend photographer Constantinos Hourmidis for the photographic coverage of the event.) 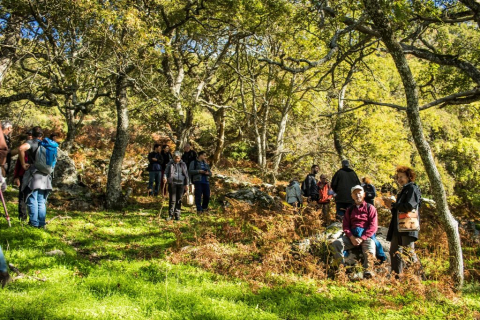 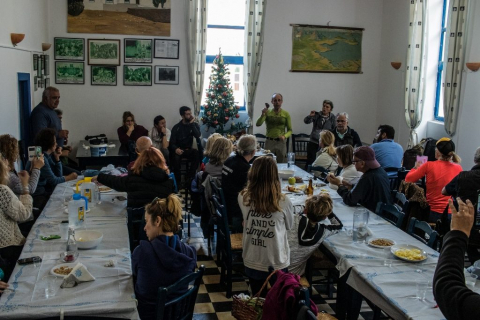 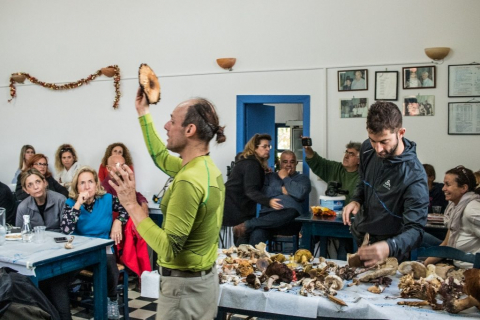