Research concerning the diversity of macrofungi in Andros started approximately 25 years ago; however, it was the LIFE “Andros Park” project which provided the framework allowing intensification of pertinent studies in forests and stands of black alder (Alnus glutinosa) on the island. In total, 106 mushroom species associated with alders (by either forming specialized symbiotic relationships with the trees, or by growing on wood and litter residues) were recorded. It is noteworthy that 21 of these species constitute new national records, and many other are reported for the first time on this particular host-plant.

The initial idea of inventorying the mushrooms of Andros belongs to the founder of the Kaireios Library, the late Dimitrios I. Polemis, who encouraged Elias Polemis to start working on this subject back in 1993. Soon after, this initiative formed one of the research priorities of the Agricultural University of Athens (Laboratory of General and Agricultural Microbiology), and eventually made Andros the best studied island of the Aegean in respect to its mushroom diversity. Recently (autumn of 2017 to early 2020, in the frame of the LIFE Andros Park project), numerous mushroom specimens were collected from the sea shores and the stream estuaries of Vori and Lefka all the way up to the highlands of Kouvara mountain in Zenio and Evrousies, in areas covered by black alder stands. From the very first year of the investigation, it was evident that a remarkable wealth of mushroom species exist in this unique habitat of Andros, as it was documented in a previous pertinent newsletter of the project.

Eventually, the study of all specimens collected and the processing of results by the Laboratory of General and Agricultural Microbiology (Agricultural University of Athens) led at generating a detailed report which was published in the peer-reviewed international journal “Diversity”. In this scientific paper, all research data existing to date on the diversity of mushrooms associated with the black alders of Andros is outlined. It is the first time that A. glutinosa forests of Greece are thoroughly investigated in a mycological context, and the outcome emphasizes the need to protect and conserve this particular habitat of high ecological value. 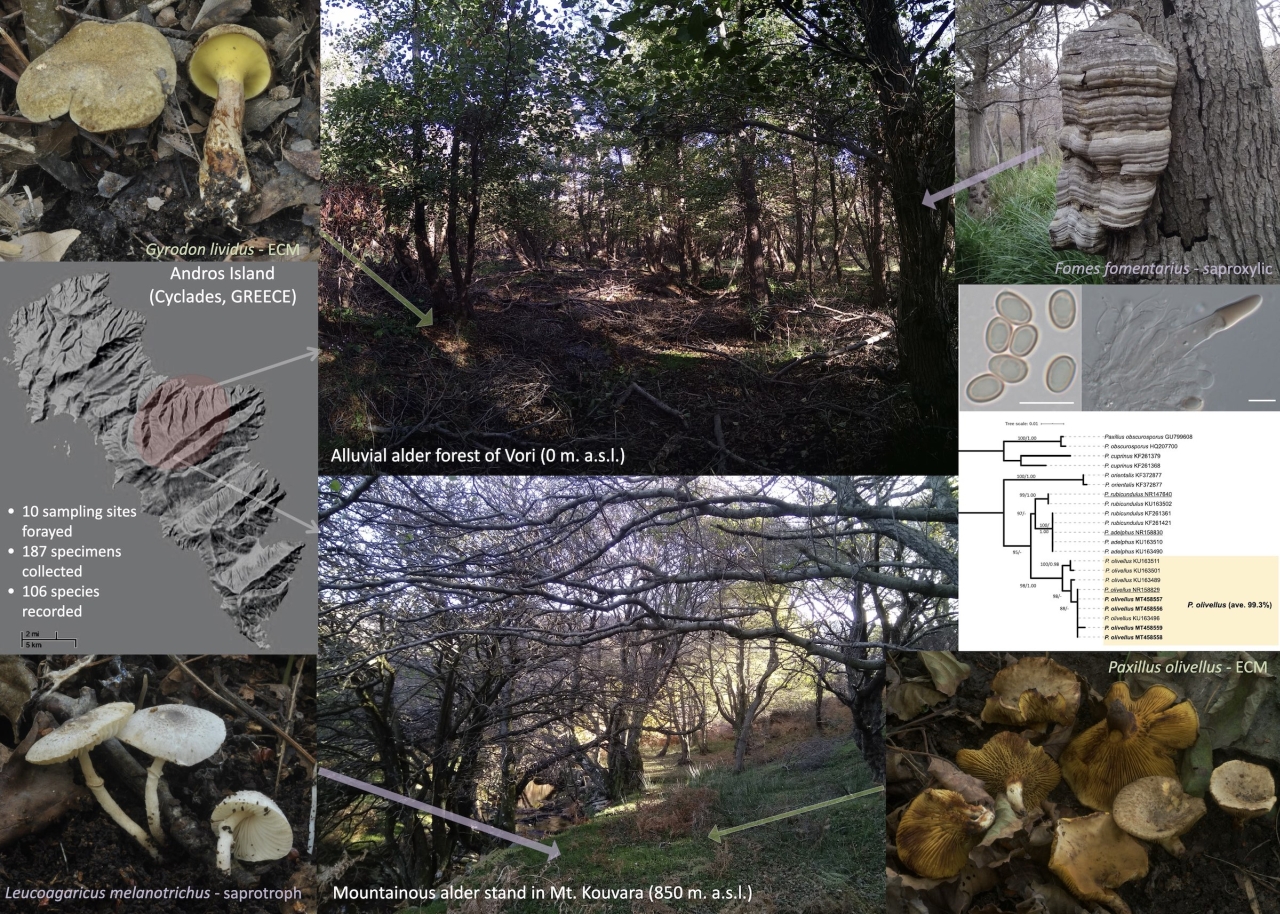