The Field Team of MOm visited the broader area of Andros and the sea caves used by the Mediterranean monk seal at Andros, Tinos and Gyaros islands and cleaned, among others, one of the most polluted sea caves, located at Mantilou islet.

The islet of Mandilou is on one of the main pathways of marine litter transport in the Aegean Sea which passes Kafireas Straits transporting marine litter originating mainly from North Aegean. As a result, the sea cave of the islet is particularly exposed to pollution. Researchers who visited the cave collected nets, crabs, tree trunks and plastics, covering entirely its beach, making it unsuitable for seals and especially dangerous for those using it. Marine litter could injure the seals and even trap them.

The collected marine litter was transported abroad the boat “Kalypso” of the Municipality of Andros, the MOm team arrived from Lavrio carrying all the necessary equipment, while the boat “Niris” was also in the area, on its way from the shipyards of Syros back to Sporades, where it is utilized for patrolling and guarding the National Marine Park, one of the most important refuges of the Mediterranean monk seal.

Once the marine litter was removed, an automatic camera was installed inside the cave in order to record its use by seals in the near future.

The Field Team of MOm continued its field work by visiting a number of other marine caves of Andros, Tinos and Gyaros islands, which marine litter was also removed, while visual material was collected from installed cameras monitoring the seal population of the wider area and damaged by the bad winter weather camera equipment was replaced.

Mediterranean monk seals, although known to use open beaches for resting during the Homeric Age today seek shelter in isolated sea caves due to human presence at the coasts and especially beaches. 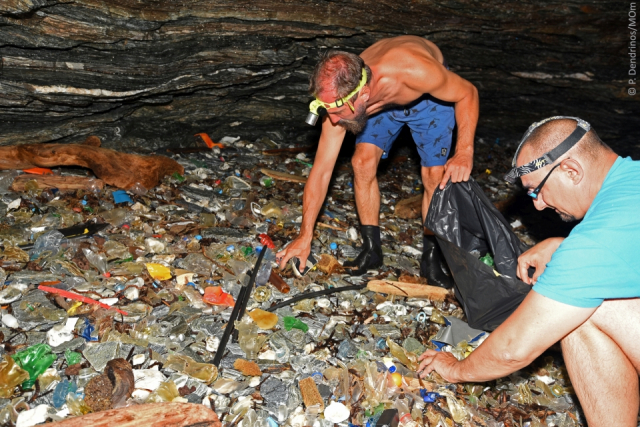 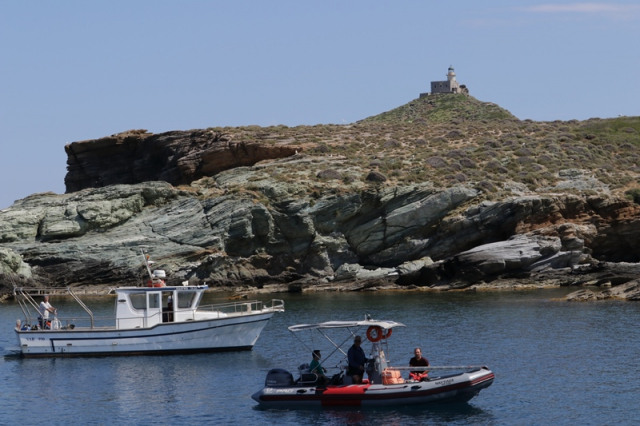 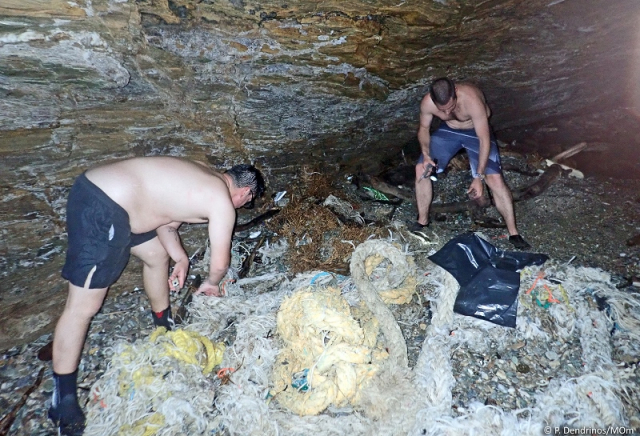 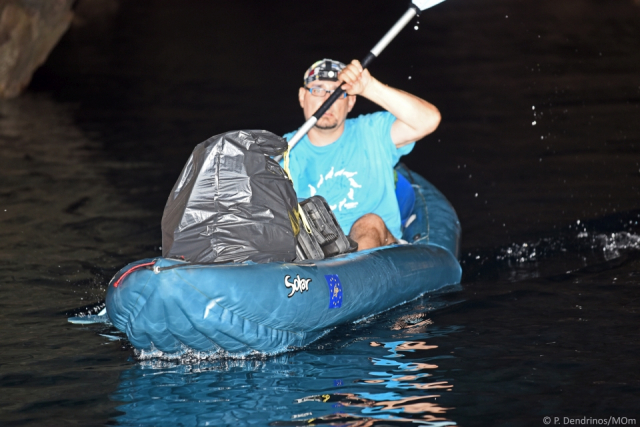 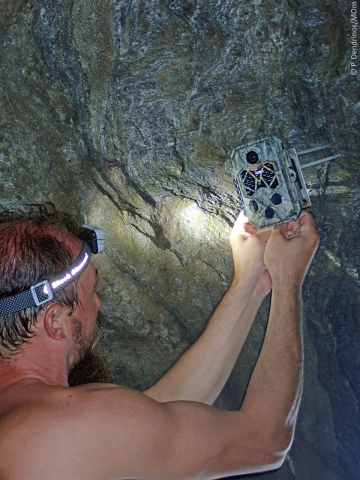 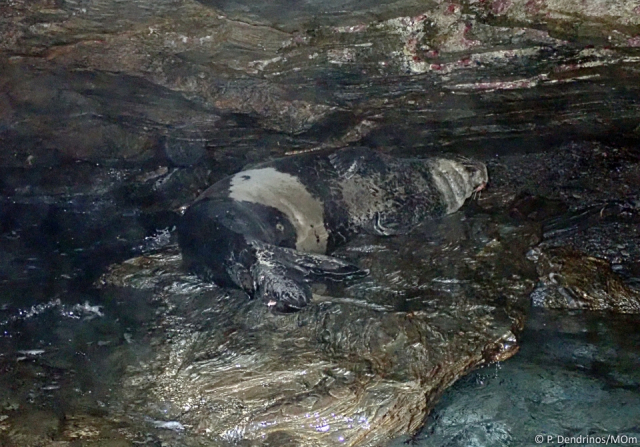