The interventions in the delta of Vori that are carried out in the framework of the LIFE Andros Park project have initiated a change to its appearance and regenerate the area’s alder forest.

During the last 50 years, at Vori, where the river of permanent flow ends, the only alder forest of the South Aegean and the southernmost of the Balkans has formed. The presence of alders in the area was known from the past, as they grew along the river. However, the abandonment of crops in the river’s delta about half a century ago led to the spreading of trees and from the clusters that followed linearly the course of the water, a forest formed.

However, the torrential rains of 2012, combined with the successive wildfires on the slopes of the surrounding mountains that have stripped the soil from them and the abandonment of terraces, led to floods with large amount of water and soil being swept away from the surrounding slopes destroying many trees. At the same time, the passage of water to the sea was blocked by debris and a marsh was formed, which led to the necrosis of even more alders. Since then, the forest area has been significantly reduced.

During the last three years, as part of the LIFE Andros Park project, a series of interventions have been carried out by the Municipality of Andros aiming to restore-regenerate this unique alder forest. Plantings were repeatedly carried out to regenerate destroyed clusters, while an intervention in the riverbed was of great importance. Through the riverbed cleaning from debris the water is facilitated to drain towards the sea. Part of the marsh was drained allowing the alders to recover. Even trees that were at first thought to be dead have recovered and the state of most trees has clearly improved, as they form new vegetation.

In total, 2 km of the riverbed have been cleared from debris, while 11,000 new trees have been planted and fenced. In an effort to protect the area from new wildfires, water tanks were installed, filled with water by the Association of Volunteer Firefighters of Andros and are ready to be used during this year’s fire season. Furthermore, terraces have been repaired in order to contain the soil, while existing paths have been cleaned and adjacent bushes/trees pruned, in order to act as small firebreaks.

Shortly after the removal of debris from the river bed, in 2019, the residents of the area were fortunate to experience the benefits of the intervention. The heavy rain of that period, that caused extensive damage to neighboring areas of the island, did not cause flooding in Vori. 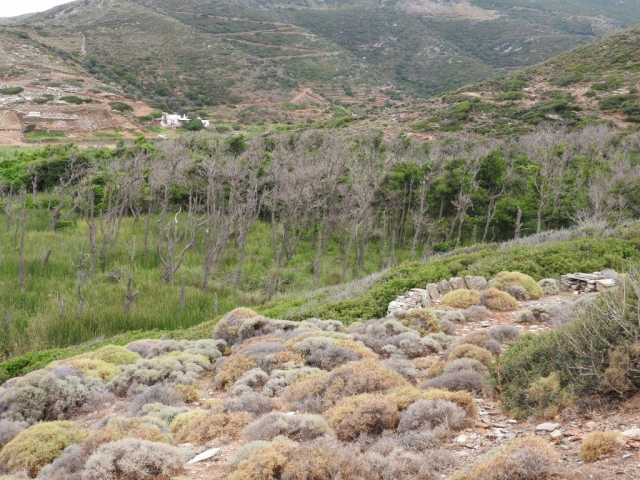 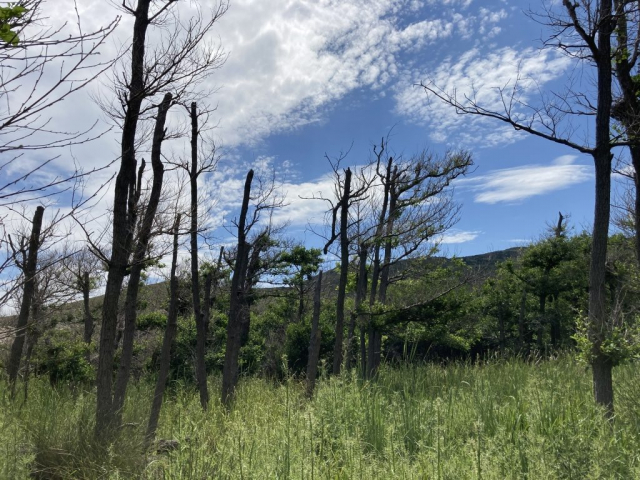 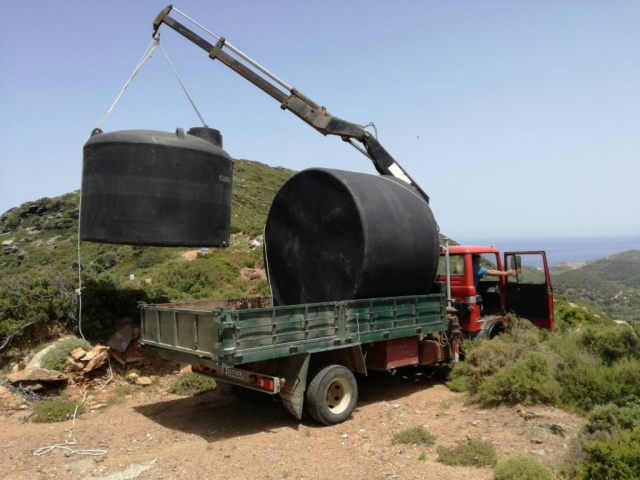 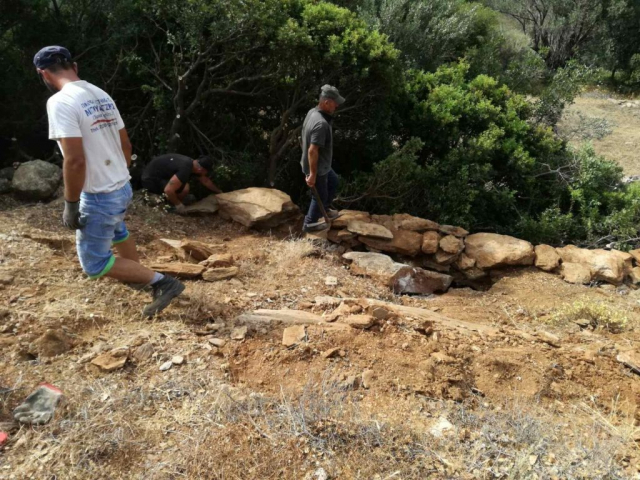 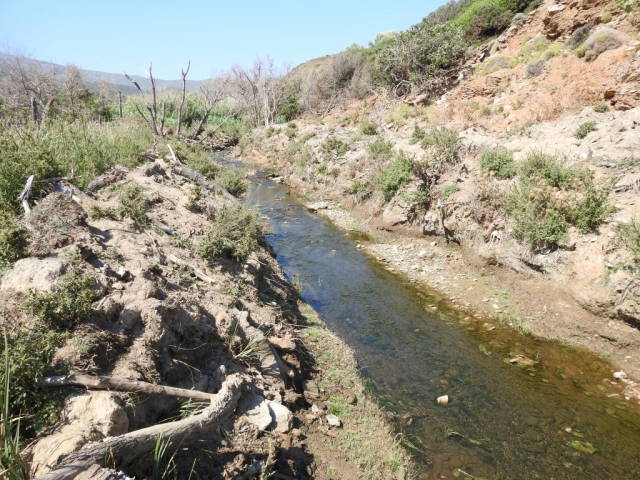