Andros is located in the northern Cyclades, which also include the islands Tinos, Mykonos, Gyaros, Kea, Kythnos and Delos. This area is one of the most important marine areas for seabirds, marine mammals and habitats in Greece. Its importance is reflected in vast abundance and diversity of all priority seabird species Mediterranean Shag (Phalacrocorax aristotelis desmarestii), Audouin’s Gull (Larus audouinii), Scopolli’s Shearwater (Calonectris diomedea), Yelkouan Shearwater (Puffinus yelkouan) and European Storm-petrel (Hydrobates pelagicus) and the Mediterranean Monk Seal (Monachus monachus). A significant proportion the national population of all these species breeds, rests, migrates and forages in this region. Due to their high mobility, these species use a large proportion of marine and coastal areas of the region, thus making these areas vital for their survival. The importance of the area is also reflected by a dense network of Natura 2000 sites, which are located on every island of the Northern Cyclades. 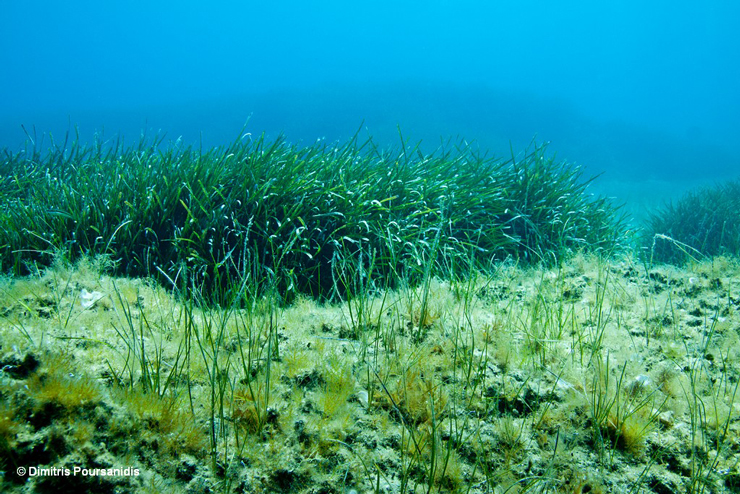 The marine environment surrounding the project area of Andros includes important marine habitats, such as Posidonia beds (with the habitat code 1120*) and reefs which remain in relatively good condition. The installation of sea grass friendly mooring buoys (ANDROSSPA project – http://www.androslife.gr) contributed towards the preservation of Posidonia beds. The coastal waters of Andros are important feeding area for the local, as well as neighbouring Mediterranean Monk Seal populations (i.e. of Gyaros and Evia islands). The Mediterranean Monk Seal population of Gyaros is considered one of the largest in the Mediterranean. The area is also important for cetaceans, such as the Common Bottle-nosed and Striped Dolphin, while Sperm Whales have been found stranded. Coastal marine water extending up to 2 km from the coast provides the most important foraging habitats for the Audouin’s Gulls and Mediterranean Shags in the area. Strong northerly winds blow in the area, especially in the Strait of Kafireas between Andros and Evia thus the site is much preferred by Scopolli’s Shearwater and the Yelkouan Shearwater  which use the coastal waters for foraging and passage during foraging and migratory movements. It is noteworthy that the largest known colony of the Yelkouan Shearwater in the Aegean is located on nearby Gyaros island, resulting in several hundreds to few thousand birds feeding and resting in the coastal waters of Andros.

The marine part of the project’s area has been designated for its importance for the Mediterranean Shag which breeds along the coast and islets, in shallow waters and sandy bays of Andros Island, which provide ideal foraging habitat for the species. During the breeding season, the area also includes nesting and foraging sites for the Audouin’s Gull, which, after the interventions implemented through ANDROSSPA LIFE project, started breeding at the southern tip of Andros Island.

Predation of rats and gull on eggs and chicks of the Mediterranean Shag and Audouin’s Gull used to be the main threat at their colony sites until these threats were eliminated or reduced through the implementation of ANDROSSPA project. Several seabird colony and roosting sites, as well as foraging areas, are easily accessible, thereby making them particularly susceptible to disturbance caused by the increasing human presence e.g. recreational activities, fishermen visiting the islets.

Fisheries in the area are mainly coastal, consisting of local fishing vessels using nets and longlines. Trawlers and purse-seine vessels from Karystos (Evia Island) and Rafina (Attiki) ports also operate in the area. The main threats for the seabirds and Monk Seal at sea include: overfishing, illegal fishing, unsustainable fishing with non-selective methods i.e. trawling and purse-seines, and negative interaction reactions by fishermen including bycatch/entanglement and mortality. Due to its central position in the Aegean Sea, exposed to prevailing currents and winds, marine debris and ghost fishing gears consist important threats for the marine life in the area. 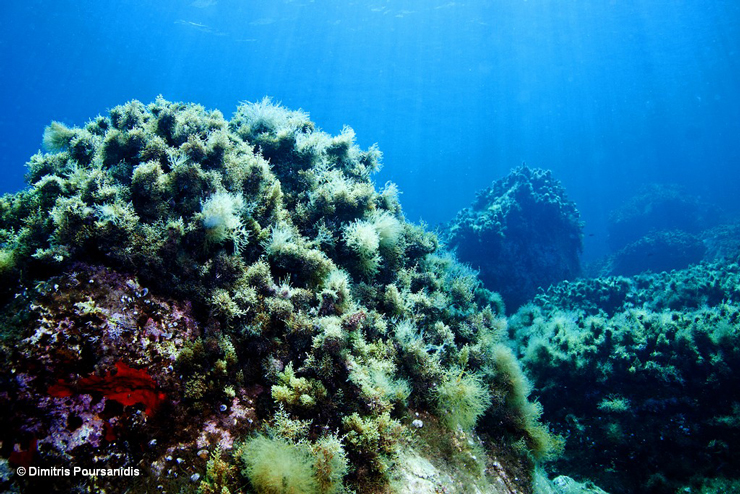