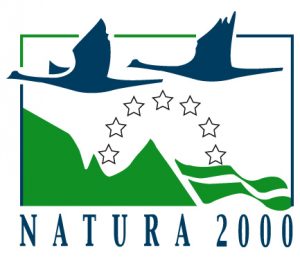 The Natura 2000 network is a European ecological network of areas that host natural habitat types and habitats of species that are important at European level. Its purpose is to ensure the long term sustainability of the most valuable and threatened species and habitats in Europe. It is a tool for the implementation of the EU policy for the protection of nature and biodiversity which was founded in May 1992 with the adoption of the Habitats Directive, which complements the Birds Directive (79/409/EEC). Specifically, the network consists of two types of areas:

The total area of the Natura 2000 network in Greece covers 28 % of the national territory and 22% of its territorial waters.